Numerous people had tried to jump over the Great Wall, most notably a 2002 attempt that left a mountain biker dead, but Way was the first to attempt the feat on a skateboard.

“I came to China with a goal and that was to jump over the Great Wall,” said Way. “I have accomplished that and I feel like my job is done. I was aware of the dangers and my heart was pumping in my chest the whole time, but I managed to pull it off with the help of my team, and I’m honored to have my visions embraced by the people of China. Skateboarding has yet to realize its full potential, and by bringing this event to the people of China and the rest of the world, I hope I’ve contributed to the future of skateboarding and helped bring my sport the global attention it deserves.”

Way’s first attempt over the Wall ended with a controlled fall that saw him clear the 61ft gap before throwing his board and sliding to the bottom of the landing ramp on his back. His second attempt was successful, and on his remaining three jumps he upped the anti by completing spectacular 360 degree spins over the Wall.

Following each of the four successfully landed jumps Way continued at speeds of nearly 50 miles per hour into the quarterpipe where he attempted to break his own world record for height out of a skateboard ramp. On two occasions he clearly exceeded the height, but unfortunately was forced to abandon his board prior to landing making any result unofficial.

During a post-jump ceremony Xiang Yu’s Mr. Wang Jianjur, local co-coordinator of the project and head of the Ministry of Culture in China, presented Way with a small piece of the Wall.

“This is a great honor,” explained Way. “I feel like I have left a piece of myself on the Wall and now I have a small part to take home with me. Thank you very much.”

“Quiksilver is honored to support DC’s Danny Way on his amazing, world record-setting jump over the Great Wall of China,” said Bob McKnight, CEO, Quiksilver. “Danny is a gutsy athlete and pioneer whose success makes all of Quiksilver’s global team very proud.”

“It was incredible to see Danny’s vision become reality,” said Ken Block, President of DC Shoes. “We are very proud to be associated with Danny’s jump. It doesn’t get any bigger than the Great Wall, and this achievement represents the ultimate culmination of his years of preparation and success.”

“The great feat of Danny Way jumping over our Great Wall and accomplishing his own dream served as an inspiration to the youth in China,” said Kin Mak, of Global Village Media Group. ”Danny Way showed us that it is possible to realize our dreams, and it is the essence of challenging our own extreme spirit. Global Village Media Group and MegaRamp™ Events are excited to have staged the Quiksilver MegaRamp™ Jump and the satellite events that unified the spirit of the entire day.”

The Quiksilver and DC-branded Beijing MegaRamp™ was designed by Way to be the largest skateboarding structure ever constructed, even larger than the existing MegaRamp™ in Temecula, California, where he first set records in 2003. The roll-in platform where he began his descent in Beijing was adjusted to 30.1 meters / 99 feet, the gap he cleared was in excess of 18.6 meters / 61 feet, and the height of the quarterpipe was a total of 9.7 meters / 32feet.

In 1993, Way was made DC’s first team rider, and unveiled his signature shoe in 1994. Two years later, the company funded a custom 18-foot ramp at Brown Field outside of San Diego, where he broke the world record for highest air on a skateboard. Quiksilver’s sponsorship of the Great Wall of China MegaRamp™ Jump marked the first time DC and parent company Quiksilver have partnered efforts for a global skateboarding event.

Danny Way is no stranger to life’s challenges. Since the age of six he has been well on his way to legendary skateboard status. As one of the youngest-ever professional and sponsored skateboarders at 14 years of age, Way has consistently pursued excellence. Despite personal setbacks and crippling injuries, Way has continually proven his athletic skills, as well as his dedication to the progression of his sport.

Highly regarded within the action sports community as a pioneer and a visionary, Way has repeatedly challenged the limitations set by other athletes and himself—breaking his own records when no one else could. Way again broke his own world records with an unaided height of 7.14 meters / 23.5 feet at Point X in 2003, and a distance of 24 meters / 79 feet at the 2004 X Games. The Carlsbad, California resident and world record holder also surfs, rides motocross and snowboards at a professional level.

The Ju Yong Guan Gate, at nearly 3,000 years old, stands as one of the most important cultural sites in China, and one of the country’s top tourist destinations. The events there included music, fashion and action sports competitions in a two day festival which culminated with Way’s jump. DC promoted Way’s historic feat with two new 30-second broadcast spots, which aired June 27th through July 17th on MTV, MTV2, and ESPN.

More information is available at www.dannyway.com!!! 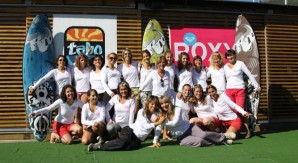 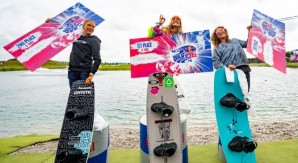 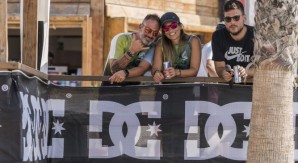 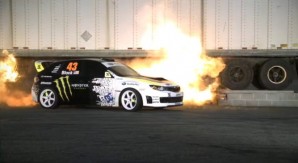